Flu season is upon us. While instances of the influenza virus typically begin to increase in October, there is still time to arm yourself with the knowledge and tools to avoid getting sick. Here’s what you need to know to protect yourself and your loved ones in the months to come.

1. Understand the Difference Between the Flu and Other Viruses

Generally, a person who has the flu will have symptoms such as a fever, headaches, body aches, upper respiratory symptoms, runny nose, cough, and/or congestion. Occasionally, people will experience gastrointestinal symptoms like nausea, vomiting, or diarrhea.

“A common public opinion and misconception is that upper respiratory symptoms are indicative of a cold, while the flu involves nausea, vomiting and diarrhea,” said Dr. Zachary Baeseman, Family Medicine Physician at ThedaCare. “This confusion often stems from the use of the term ‘stomach flu’ which is not an official medical term and actually summarizes gastrointestinal conditions such as Norwalk virus and rotavirus.”

It can be equally difficult to distinguish the flu from other respiratory viruses, such as COVID-19. One notable differentiator is the loss of taste and smell prevalent in those infected with COVID-19, but even that can be misleading.

“That’s a hallmark of COVID-19 less typically associated with other respiratory illnesses,” said Dr. Baeseman. “But there’s a lot of crossover, and some people do lose their sense of taste or smell with a cold or the flu. The best method of knowing for sure is getting tested. Respiratory panels are widely available to test for all common viral infections, including COVID-19, influenza, para-influenza, and the common cold.”

2. Learn How the Flu Spreads

Though flu season generally starts in October and runs through February, cases have been known to emerge as late as March or April, and peak anywhere between December and February.

“Human behavior changed significantly last year due to the presence of COVID-19, with more people working and learning from home and fewer people gathering,” said Dr. Baeseman. “As a result, cases of influenza were lower. Now that students have returned to the classroom and many in-person events have resumed, a rise in viral activity is bound to follow.”

Like other respiratory viruses, the flu is an airborne illness that spreads from person-to-person in the form of droplets expelled when people cough, sneeze or talk. The more people congregate, particularly in close quarters, the higher the risk of exposure.

As might be predicted, preventing the spread of influenza is achieved through many of the same practices used to reduce transmission of COVID-19, including:

“The asymptomatic spread we’re seeing with COVID-19 is much less common with typical seasonal bugs like the flu,” said Dr. Baeseman. “If you have symptoms of a cold or the flu, you are presumably shedding the virus and spreading it to others. That’s why it’s best to stay home if you’re feeling ill.”

4. Get the Flu Vaccine

Flu shots are recommended and readily available for individuals age 6 months and older.

“If a cold virus was akin to a slap in the face, influenza is like getting hit by a truck,” said Dr. Baeseman. “The viral infection associated with the flu is much stronger than the typical cold, leaving people feeling very ill for a week, or sometimes two. The best resource we have available to prevent this illness from accelerating and growing more serious is the vaccine.”

“Generally speaking, infants and the elderly are at higher risk of experiencing secondary complications from influenza, including increased potential for morbidity and mortality,” said Dr. Baeseman. “Once someone enters that second week of symptoms where their movement has been reduced, their breathing impaired, and their nutrition lacking, that’s where a secondary bacterial infection could potentially lead to hospitalization.”

Though there are anti-viral medications available to assist with the treatment of influenza, the flu vaccine remains the best choice for eliminating the need for treatment in the first place.

“Some health systems, like ThedaCare, are offering vaccination clinics, making it possible for people to receive their flu and COVID-19 vaccines at the same time,” said Dr. Baeseman. “For anyone who remains unvaccinated, this is a convenient opportunity to protect yourself against two very serious viruses. I encourage everyone to do whatever they can to keep themselves, their loved ones and our communities healthy.”

Ready to receive your vaccination? Schedule an appointment at a location near you. 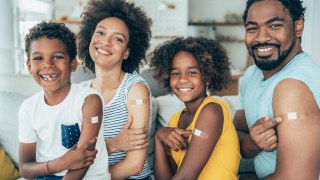 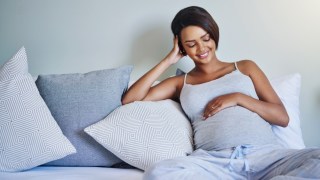 The Ultimate Pregnancy Checklist for Every Mom-to-Be 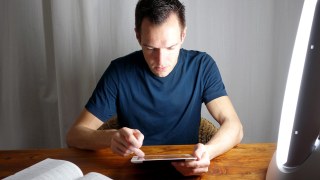 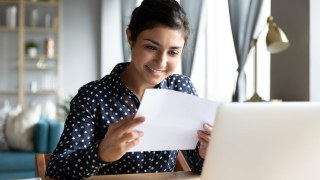 5 Simple Ways You Can Save Money on Health Care