As James Roberts celebrated Mother’s Day with his family, he had no idea that day would change his life.

Roberts, 37, of Green Lake, lives across the street from his parents.

“We grilled out and decided to watch a movie to finish up the day,” he said. “We were about five minutes away from the end of a movie when the pain came back.”

Roberts had been having intermittent chest pain radiating into both arms, sweating and nausea for a few weeks. The symptoms would resolve as quickly as they had started, so he did not give them too much thought. So on that Mother’s Day, Roberts sat on his parents’ couch, hoping for the symptoms to pass.

“This is where it gets a bit fuzzy,” said Roberts. “I only remember bits and pieces after first responders arrived at the house.”

He has little recollection of the events to follow. Upon arrival of EMS and first responders, he went unresponsive. Quick action and tremendous effort on behalf of the crew that day found Roberts in a full Ventricular fibrillation. He was stabilized. Knowing time was of the essence, ThedaStar helicopter was dispatched to respond toThedaCare Medical Center-Berlin and code STEMI was activated.

The ThedaStar crew that night included, Steve Hablewitz, paramedic; Erin Rusch, RN; and Nic Highfill, pilot. The team got Roberts in the aircraft within seven minutes. He was awake, but drowsy during the flight.

“Every second counted with him,” said Erin Rusch, RN, ThedaStar Flight Nurse. “We knew we needed to get him to ThedaCare Medical Center-Appleton for the cardiac catheterization lab.”

The Emergency Department team was waiting for his arrival and he was immediately taken back to the cath lab. He had suffered a heart attack from a large occlusion in a little known artery that is present in less than 20% of the population.

Caregivers offer these heart attack warning signs from the American Heart Association. If you or a loved one is experiencing these symptoms, seek medical attention immediately.

Roberts was in disbelief of what took place that evening.

“I woke up around 10:45 p.m. in a hospital room,” Roberts recalled. “It’s amazing because everything happened in less than three hours from when I had the initial symptoms.”

He said he understands the significance of the timing of the events.

“I was about to walk home, if I had left my parent’s house, I would have been alone when this happened,” he said. “Someone was watching out for me.”

Roberts was discharged from the hospital just two days following his incident. He was also cleared to return to work as a welder a few weeks later.

“It’s incredible when a patient comes back to visit our team,” said Rusch. “Moments like this mean so much to us, and we’re grateful to know they’re doing well.”

Roberts said he is thankful for each team member who played a role in his care.

“I am amazed by everyone involved,” he said. “I wouldn’t be here today if it wasn’t for you all, and what you do.” 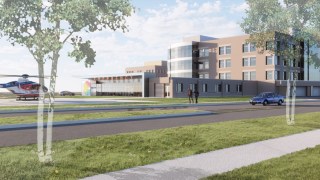 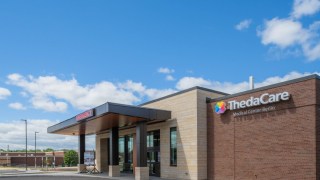 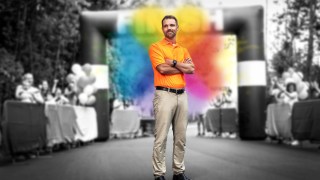 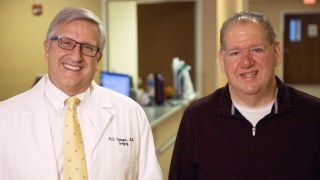